Are you Sitting in the Stands? OR Standing in the Arena? 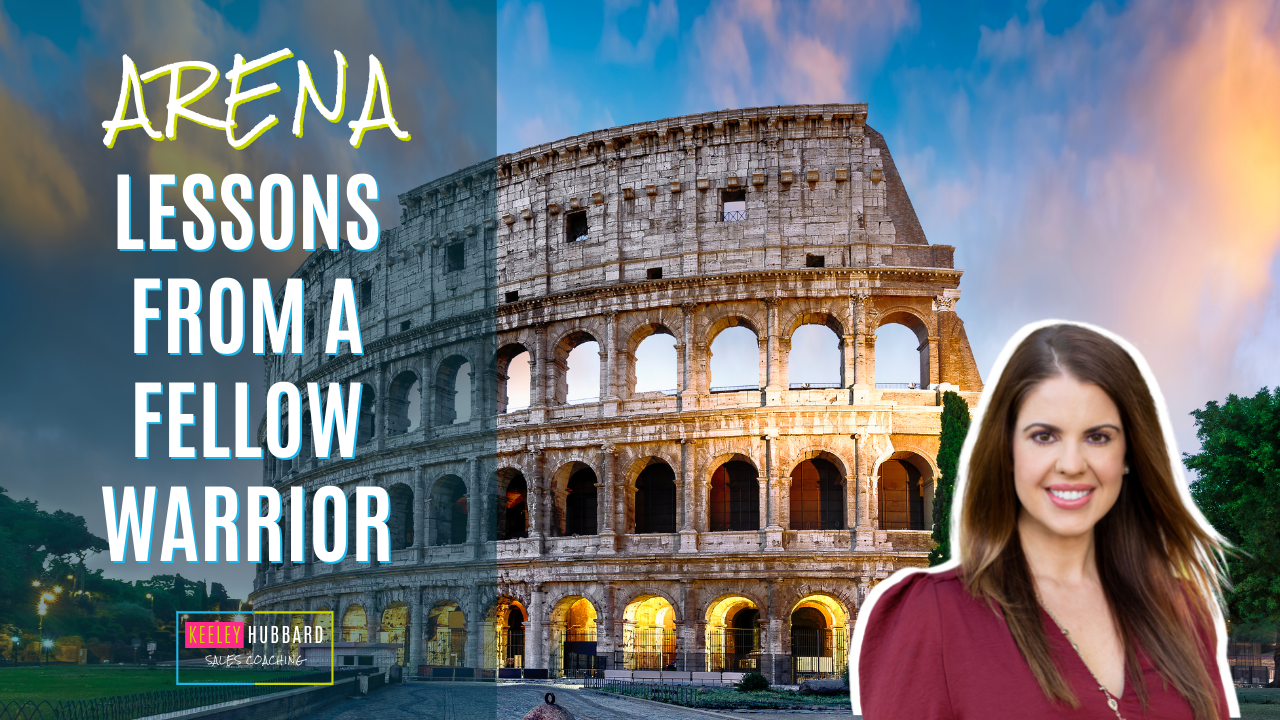 I slammed the door to my office, turned off the lights, slumped down in my chair, and stared blankly into the darkness. The pressure was building, and whether I liked it or not, I was standing in the middle of the arena. The lies played through my mind: “I’m too young. I don’t know enough. I won’t be enough.” I thought about my family who was depending on me to save the business. We’d already hired and fired several salespeople who didn’t perform; going down that path again wasn’t an option.

As my fears threatened to hold me back, my courage grew stronger as I thought about my family and the dismal state of the business. I knew that my only choice was to pick up my sword, fight through my fears, and figure out what I was really made of. What I did not realize at the time was that this was a defining moment in my life, and this battle would be the first of many that carried me to extraordinary levels of success.

"The credit belongs to the man who is actually in the arena, whose face is marred by dust and sweat and blood…who at the best knows in the end the triumph of high achievement, and who at the worst, if he fails, at least fails while daring greatly, so that his place shall never be with those cold and timid souls who neither know victory nor defeat.” 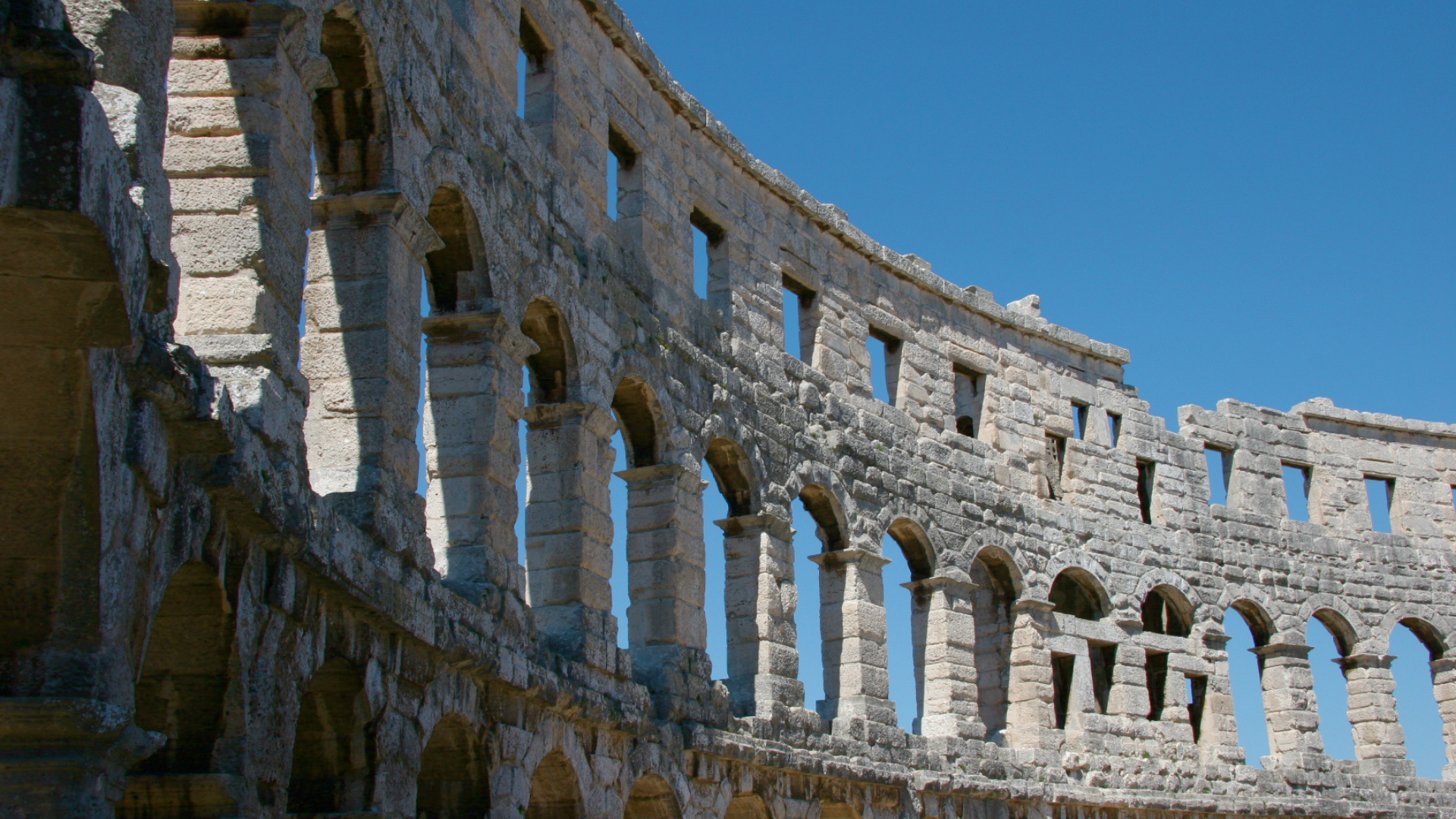 I began to fight, fight like hell against every fear that haunted me, urging me to sit in the stands and play it safe.  And one by one, I conquered them, setting sales records, winning company awards, and receiving promotions until I finally could see that my ultimate goal was within reach.

Three years later, excitement welled up inside of me as I sat there in the conference room, surrounded by the chief officers of the international company where I had built my career. The CEO said to me, “Keeley, we’re all here because we couldn’t more proud of you, and I’m excited to tell you that I’m promoting you to Vice President.”  I could feel the smile form on my face, stretching ear to ear. Each officer took their turn in expressing their gratitude and acknowledging my accomplishments. And for a moment, I felt the deepest sense of pride in myself and what I had accomplished.

Just 10 months prior to this I was sitting on the terrace at one of my favorite resorts in California, writing out my life goals. At the top of my list was my ultimate goal, to become vice president of sales by the time I was 30 years old. I thought that this accomplishment would be the highest mark of success for myself at this stage of my life. 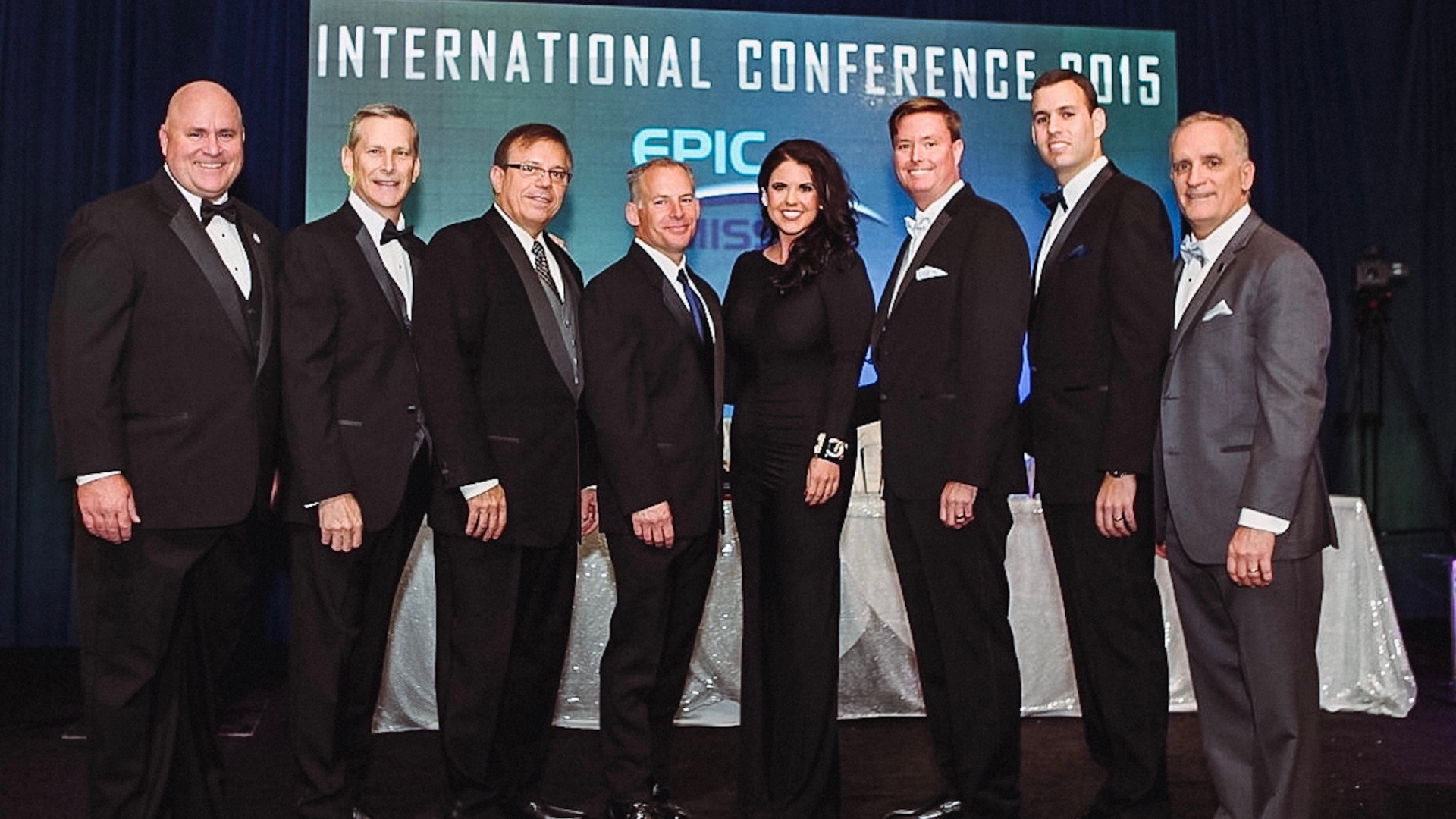 If I had accomplished so much at such a young age, why did the excitement vanish so quickly? Why did I still feel empty inside?

I poured everything I had into my career, spending an average of 22 days per month traveling all over the world, coaching my sales teams.

I certainly understood the science of achievement and what it took to be at the top of my field. The fruits of my labor provided me with the ability to purchase and renovate my dream home, drive my dream car, and spend lavishly on myself and my family without thinking twice about a budget.

What I didn’t expect was the feeling of emptiness and the nagging question that kept creeping in, “Is this really it?”

A conversation that I had with a mentor of mine kept replaying in my head, “You’re built to be a CEO, and you’ll never feel completely satisfied until you’re running your own company.” I was just starting my sales career and only 24 years old when he saw my talent and spoke this over me. At the time, these words scared the hell out of me because I couldn’t see it yet; I didn’t know what I was truly capable of.

After breaking many personal records and creating unprecedented growth for the company, the VP of sales promotion was tangible evidence and confirmation that I had figured out my true gifts and talents. And at the same time, the fleeting excitement and resulting void after achieving my ultimate goal confirmed to me that my mentor was right; I was created for more. I wasn’t living up to my true potential. I realized that while I loved my role at the company and the people I worked with, I was still building someone else’s empire. 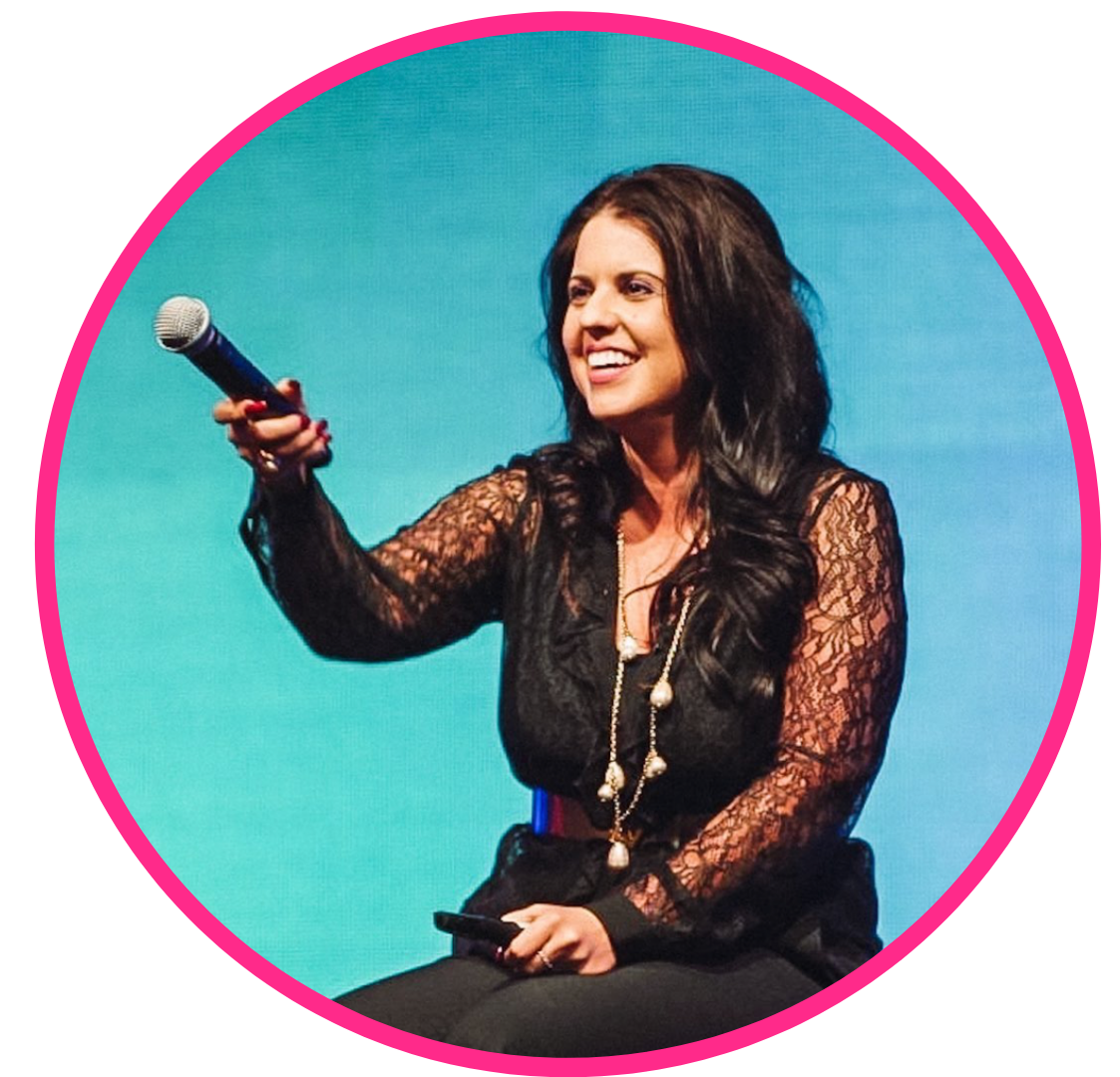 I was at a critical crossroad, I could play it safe and keep building someone else’s dream, or I could set out on my own path filled with many unknowns.

I’m proud to say that I chose my dream. I knew it was risky, but I also knew that if I didn’t pursue it, I would regret it for the rest of my life.

I began a business with partners, and just like my career in sales, I poured everything I had into it. I thought that for the first time I would truly be rewarded proportionally for my efforts. My motivation wasn’t to build myself an empire. Even though I had lived the lavish lifestyle, it didn’t bring me happiness. My motivation was to provide for my family, and I wanted this as badly as I wanted to breathe.

So, you can imagine my shock when everything completely and abruptly fell apart.

After more than a year of grueling hours and tireless effort, I felt overwhelming grief when my partners and I suddenly split, never even launching the business.

I evaluated the sacrifices I made when I stepped into this arena. Within 30 days, I had sold my custom dream home and all of my belongings completely emptied my life savings and additionally took on six-figure debt to help fund the start-up. While those sacrifices were substantial, they paled in comparison to the painful emotions I experienced as I buried my dream and closed the door on this chapter in my life.

I truly felt that this business was the answer to all of the challenges I had hoped to solve for my loved ones.

I spent a lot of time visualizing the goals I would accomplish and how they would impact each of my family members’ lives. When everything fell apart, the source of my pain was the tormenting feeling that I let my family down. While they never put pressure on me, I had high expectations of myself.

Yet, here again, I was faced with the same two choices—play it safe and go back into a cushy executive role or live dangerously…pick up my sword, walk with my head held high into the next arena, and fight for the ultimate dream of building my own company. (Insert crowd roars: “Are you out of your mind? You just lost everything!”) 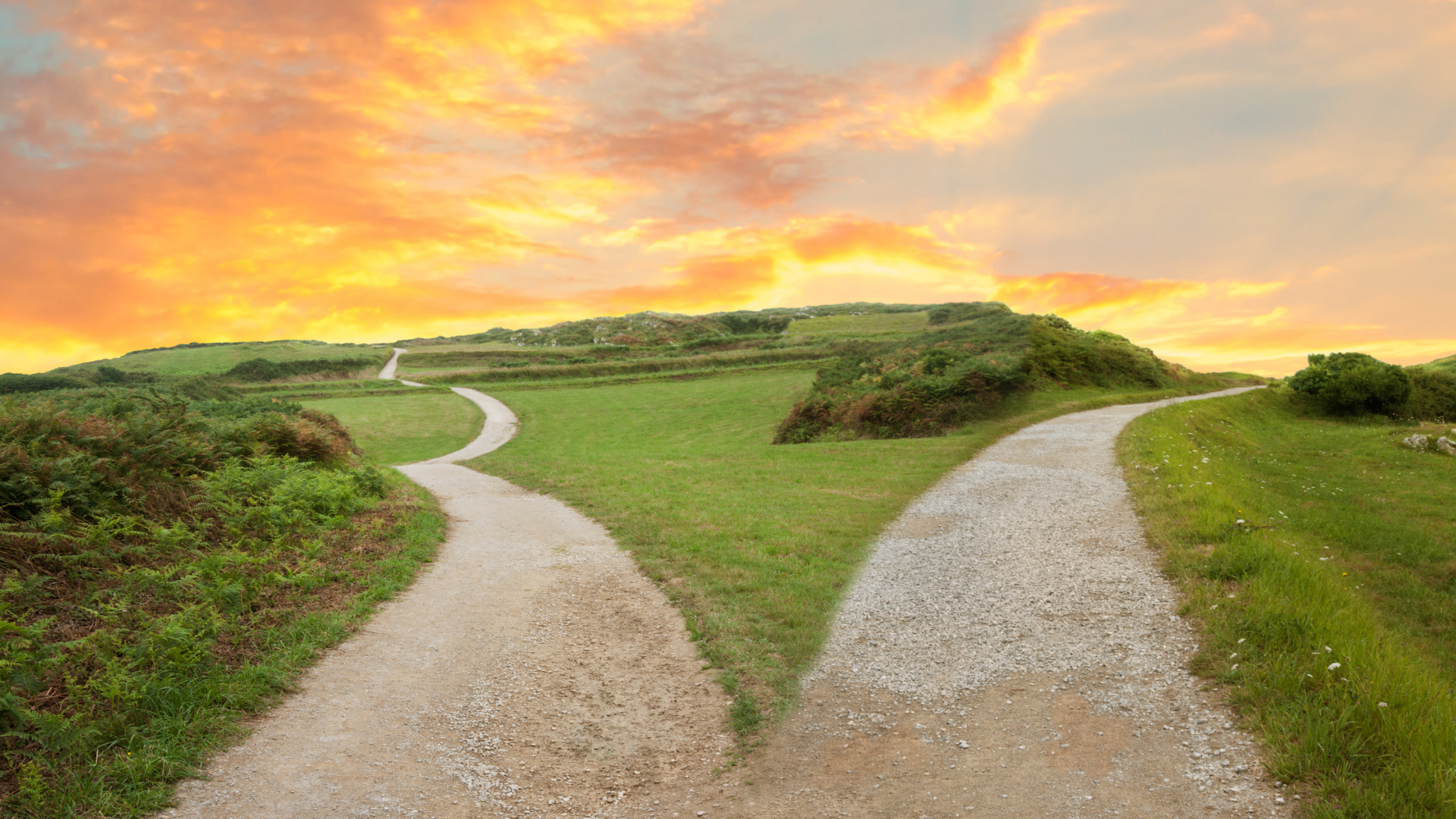 I was reminded of two valuable lessons I always taught my sales teams and still teach today:

And therein lies the difference. Did I get in the arena? Yes. Did I fight like hell? Yes. Was I beat up and bloody? Yes.

While the nagging voice from my comfort zone said, “Go get another VP job,” I decided at that moment that I refused to ever sit in the stands.

I knew that I could share my talents and shorten the learning curve for business owners and salespeople worldwide. Ironically, for many years people frequently asked me when I was going to start my own sales coaching firm.

I am so proud to say that I’m doing it, and I’ve never felt more alive! Not only am I building the sales coaching business I’ve always dreamed of, but I’m also running an investment firm with my father. It’s definitely difficult to see the reason behind your struggles when you’re in the midst of the storm, but I’m so thankful for everything I’ve been through because I realize now that it was preparing me for this next level of my life. 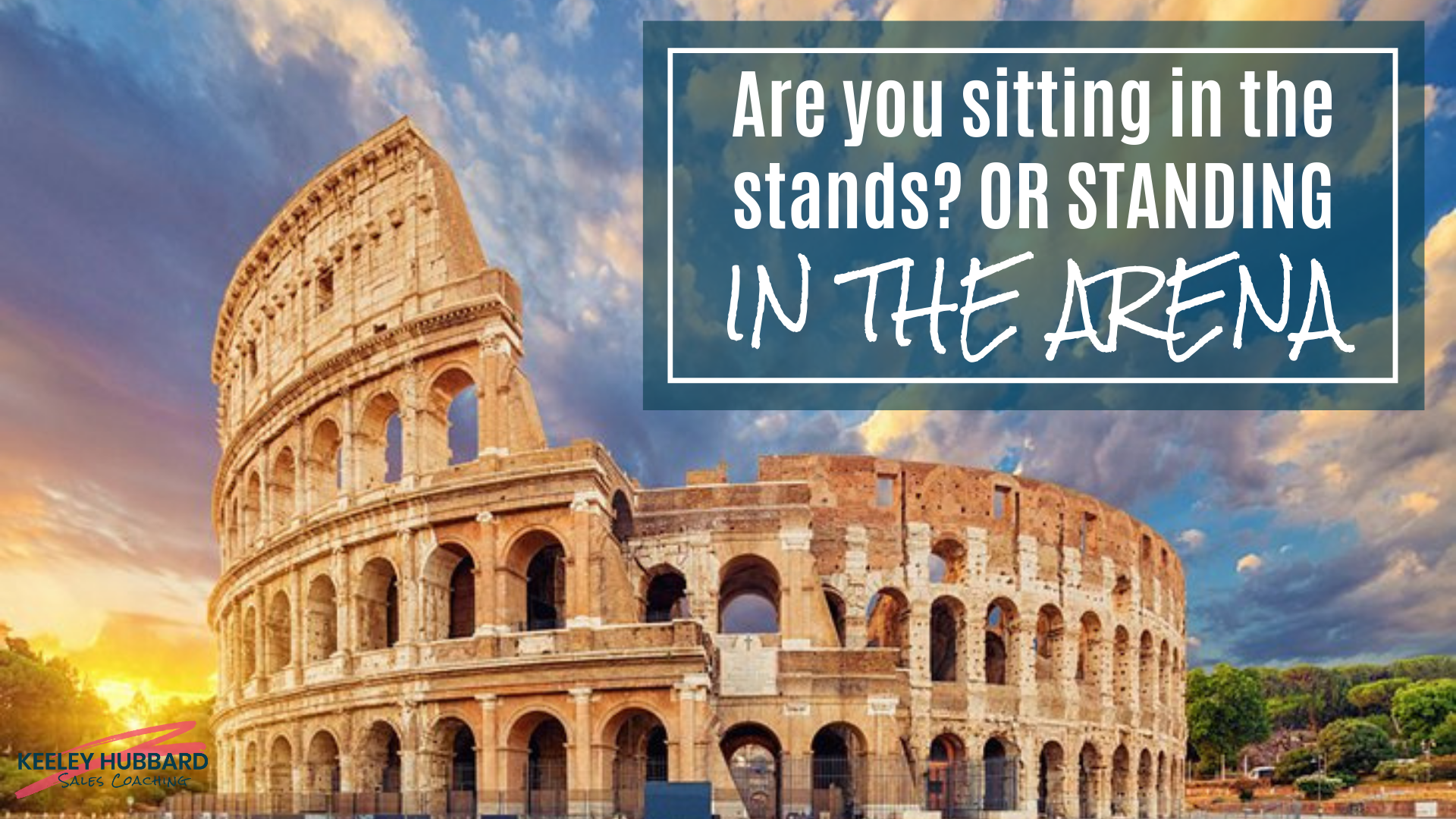 If you’re reading this and you feel that stirring inside of you, it’s because you already know there’s an arena waiting for you that has your name on it.

I want to challenge you to run towards it…the greatest version of yourself is waiting for you!

ARENA LESSONS FROM YOUR FELLOW WARRIOR

1. If you aren’t doing things that scare the hell out of you, you aren’t growing. Live dangerously.

2. Fail often and fail fast. “The resources you need to achieve your dreams are within you, merely waiting for the day when you decide to wake up and claim your birthright.” – Tony Robbins

3. When you find yourself reeling from a failure, it doesn’t mean that your dream is dead. You simply need to adjust your sails to reach the same destination.

I'm so proud to be a part of your journey,

Do you have an arena lesson to share? I want to hear it!  Message me below. 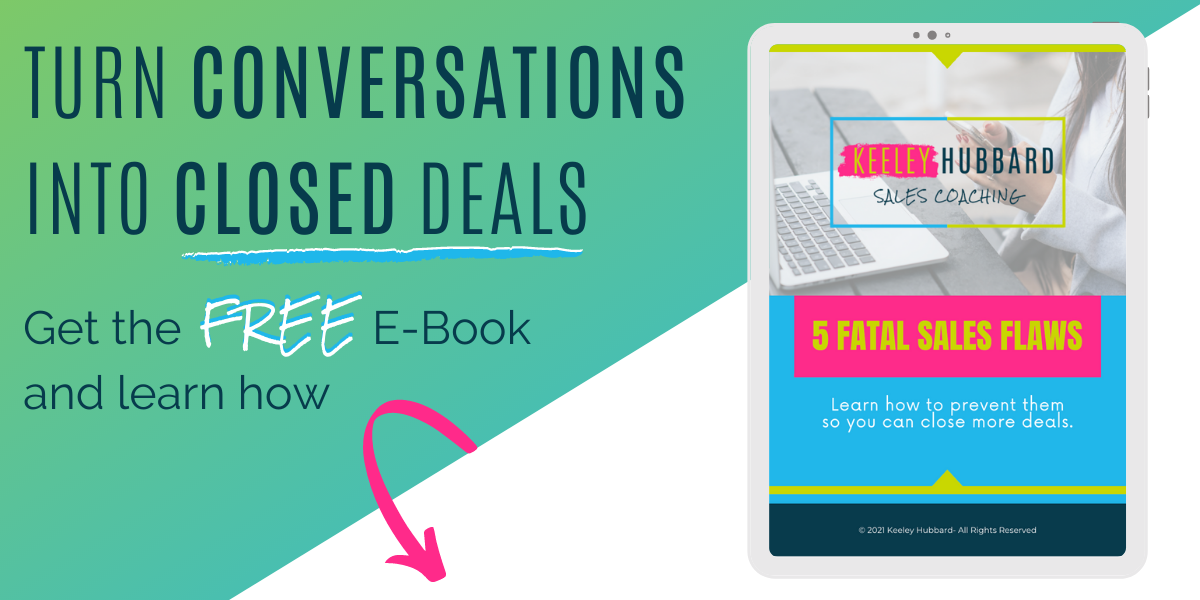 Learn how to prevent them so you can close more deals!